After successfully competing, and taking Silver in the World Skills competition in 2021, aspiring youth apprentice Nicholas Mclaren is set to take on the Shanghai WorldSkills event in 2022 event, where if selected he will potentially represent Australia in the automotive mechanical repair field.

WorldSkills is an international competition where apprentices compete in their 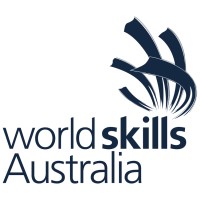 various trades, for the title of best of the best.

WorldSkills passionately believes skills drive the future of young people, and of Australia. They are the exclusive Australian member of the WorldSkills movement that hope to raise the profile and recognition of skilled people, and show how important skills are in achieving economic growth. They have been enabling young people to showcase their trade and skills talents since 1981.

Clint Flower, Automotive Trade Teacher, and Opus IVS Technical Trainer, was given the unique opportunity to guide Nicholas in his competition training.

“During his mentoring preparation, Nicholas was guided in the use of DrivePro, a leading diagnostic tool developed by Opus IVS. This gave Nicholas ac

cess to intuitive and comprehensive vehicle diagnostics, leading to his Silver medal in the Automotive Mechanics section of the competition. Working with Nicholas was a privilege and is something that will drive the success of the automotive aftermarket in Australia, today, tomorrow and in the future.” Clint Flower, Automotive Trade Teacher and Opus IVS Technical Trainer.

Declining levels of skilled workshop technicians, and technician/mechanic apprenticeships are becoming a worldwide trend, one that the WorldSkills and industry advocates such as the Australian Automotive Dealer Association (AADA) hope to help improve.

According to the AADA, declining apprentice numbers and the lack of skilled immigrants entering Australia have exasperated the skills shortage issue. The shortfall is now estimated over 17,500! The AADA are therefore calling all workshops and technicians to write to their local Members of Parliament and specifically request that vehicle mechanics be included on the Priority Migration Skilled Occupation List.

Want to find out more?

For more information, or to discuss the ideal IVS Solution for your repair shop, contact our sales team.